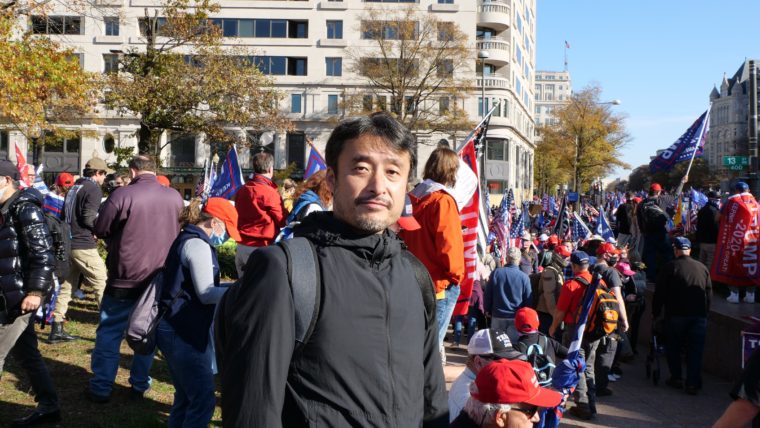 Born in Tokyo in 1971. Graduated from Rikkyo University, BA, department of Law and politics.

Joined the Asahi Shimbun and worked as a reporter in Sapporo and Utsunomiya bureau. Moved to Economic department in Tokyo headquarter and covered stock market, the Ministry of Economy, Trade and Industry (METI), and the Ministry of Foreign Affairs (MOFA).

Became first Dubai bureau chief and covered Middle East area, such as the aftermath of the “Arab Spring”, civil war in Syria, security situation in Iraq, Yemen, and oil and gas development in Saudi Arabia and UAE.

Covered the Prime Minister’s Office and METI in the Economic department in Tokyo headquarter.

The documentary TV program “the Train named the Beast“, co-produced with the internet based Abema TV news channel, was awarded a prize for encouragement in the Documentary Category of the ATP Grand Prix in 2018 by the All Japan TV Program Production Alliance (ATP).

The two nights series of documentary TV news “Truth of Caravan” were broadcast on May 2019 for first night “Caravan” and second night “Darien Gap” and its studio talks.

Became deputy editor in Economic department, in charge of the international economics such as US-China trade war, WTO, OPEC, etc.

Move base to the Hague, the Netherlands

Being a backpacker from 19 years old till now with a preference for overland routes and borders. Traveled 88 countries and areas.